Okay, let’s start with Juyter lab. I am using Jupyter notebooks no more because I feel lab is cool. To start it you can either do it by the Julia way by calling IJulia as I mentioned Installing Jupyter notebook and Jupyter lab, or I like the Conda way, to do it, in your terminal type this:

When started in IJulia way, the lab asks me what kernel I must use as shown below: 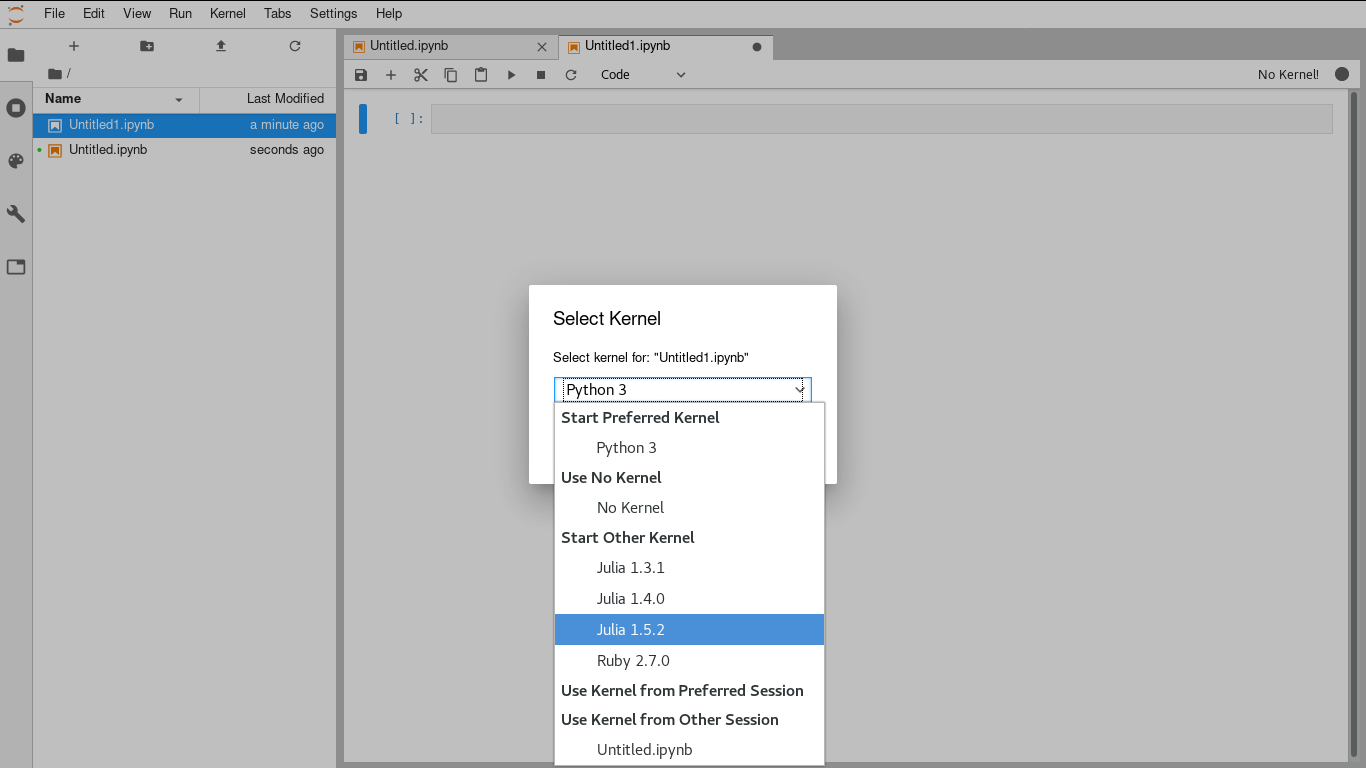 when started the Conda way, it sows something like this: 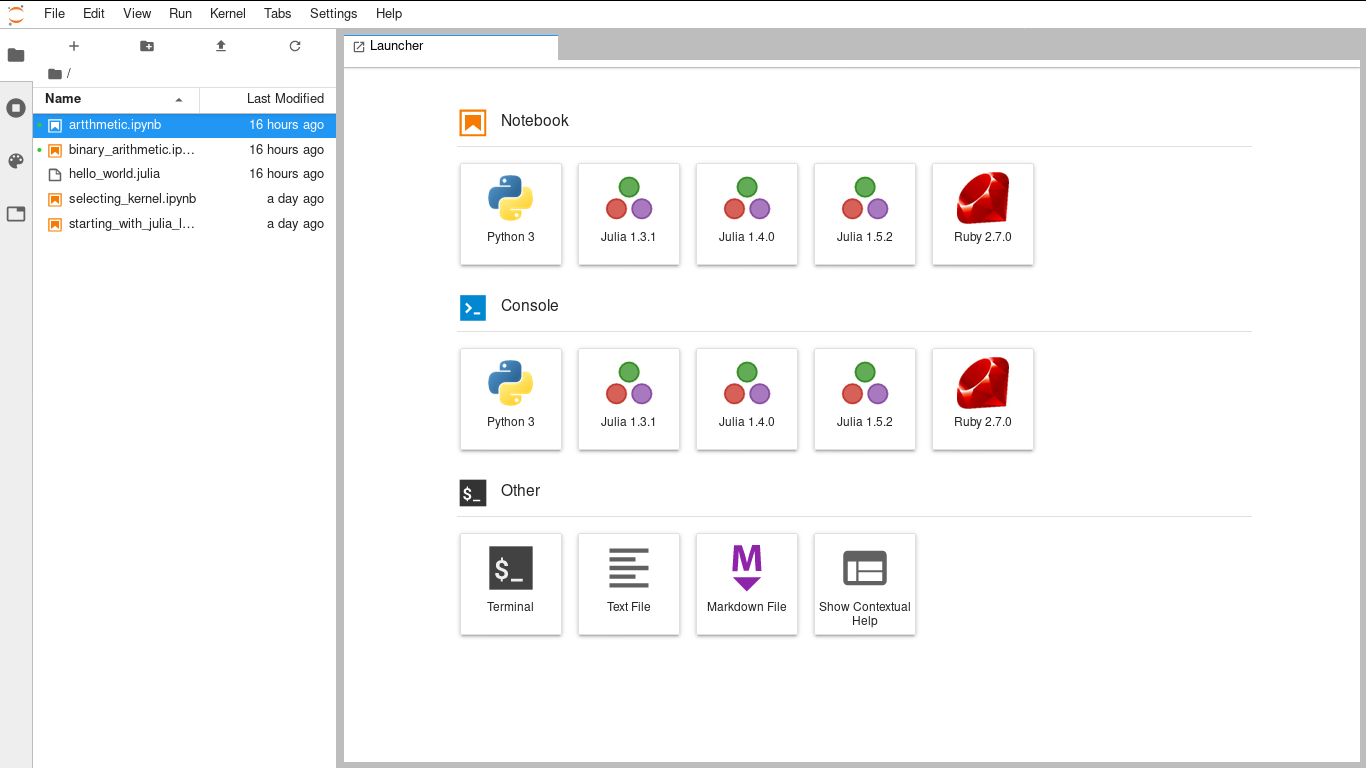 In the above launcher, I select Julia 1.5.2 in the Notebook section:

When you select a kernel, at the left pane you should be seeing a file called untitled.ipynb, right click on it and change it’s name to starting_with_julia_lab.ipynb. Now this lab is like REPL on steroids, it has got thing called cells as shown:

in the cell and press Shift + Enter, you see the outputs 3 and the input cell receives a number [1]:, the output too receives number [1] as shown in the image below

It should spit out an output as shown:

You will get an output as shown above

in the coming example, we put a value 3 into a thing called variable, this variable is called a and you know how to execute this, go on:

Similarly we put a value 5 in variable b and execute it:

Now let’s check if 1 equals 2 in the next cell:

Once you have done this your notebook should look like this. 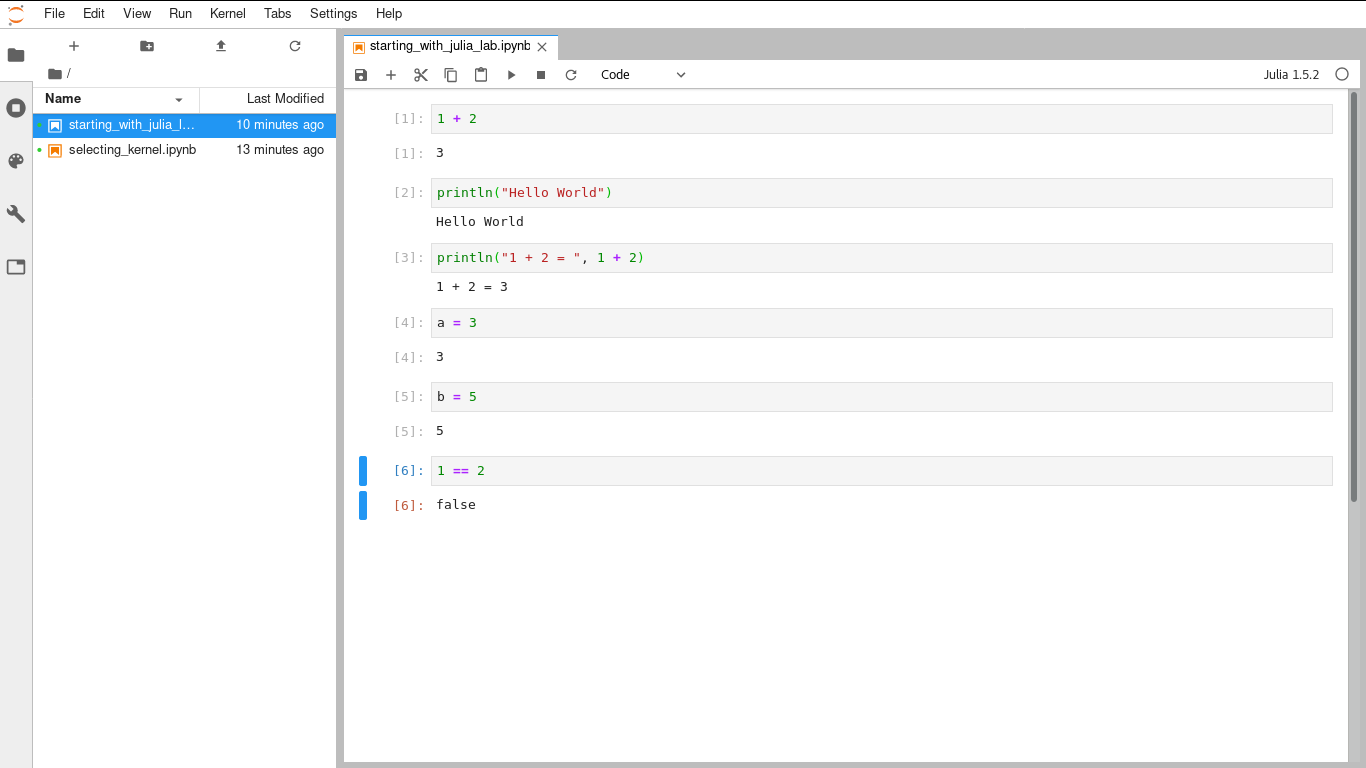 A Jupyter lab instance is collection of many notebooks. If you did not understand what I mean by that, its okay, things will clear up.

Instead of Shift + Enter, you can press Alt + Enter, in that case the cell will be executed, and a new cell won’t be created beneath it. To get the code / note book for this blog check out this link https://gitlab.com/data-science-with-julia/code/-/blob/master/starting_with_julia_lab.ipynb

Go on and play around with Jupyter lab, mess it up and crash it, start it all over to learn.